Well, you can't tell from the LA Times and CDC comments. The CDC concludes this drop in "abortion rates might be influenced by a lack of availability of abortion providers, state laws, the general economy and access to health services including contraception." Sure doesn't seem that the CDC sees abortion like Hillary Clinton does...something that should be safe, legal and rare. No mention by the CDC that this drop in abortion rates might be due to women, and men, exercising their right to not engage in risky sexual behavior. Wait, is that a right? I may be confused. It's possible that only engaging in risky sexual behavior without the "punishment" of a baby is a right.

Nevertheless, the CDC resists connecting two other salient facts from its own reporting. The LA times simply chooses to distort them. The National Survey of Family Growth (NSFG), sponsored by the CDC, the primary national source of data on unintended pregnancy in the United States, shows that from 2006–2010 NSFGs contraceptive use among women at risk for unintended pregnancy has decreased. During the same period the CDC reports that the the rate of teen pregnancies has dropped significantly. In fact, despite reports of less contraceptive use, the CDC reports that the rate of teen pregnancy dropped 10% from 2009-2010.

The LA Times presentation of this data is stunning. The Times reports the drop in abortion rates then goes on to cite the statistics from Mississippi which had the lowest state abortion rate, at 4 per 1,000 women of child-bearing age. The LA times states, "The state (Mississippi) also had only a couple of abortion providers and has the nation's highest teen birthrate." The LA times would, it seems, expect us to conclude that as a result of the lowest abortion rate in the country, teen pregnancy is raging in Mississippi. Amazingly, what the LA times deceptively fails to report is that the US has seen dramatic reductions in teen pregnancy over the last several years, and Mississippi is one of the CDC's top 16 states for reductions in teen pregnancy!! Yes, Mississippi has the highest teen pregnancy rate in the nation, but this rate has dropped 21% over the last three years!! I'm sure this truth was just an oversight by the fair and balanced staff of the LA Times.

Word to the disappointed purveyors and proponents of contraception and abortion, an objective view of CDC pregnancy data for the last decade suggests something amazing might be happening. Women, especially teenagers, are reducing the incidence of unwanted pregnancies, and it appears to be occurring in the face of a reduction of abortion services and the use of contraception. Could it be that increasing numbers of men and women, as a a result of education, spiritual enlightenment, the economy, legislation and other factors have seriously considered the choices they make regarding sexual activity? Wouldn't it be wonderful if increasing numbers of Americans, without the need for pills or a variety of contraceptive devices, abstained from sex until they were married, in a committed relationship or at least were in a position to financially support a child? 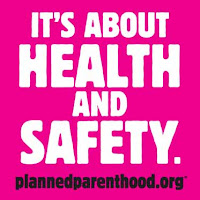 If the left really cared about the health and welfare of women, they would be rejoicing, not distorting the hopeful message of these statistics. That is not the case, however. Abortion and contraception are critical sacraments in a church whose survival rests on the degradation of traditional Western values. The family and marriage are cornerstones of a society whose foundation is built on belief in a Creator who has endowed us with unalienable rights. When we as a people are stripped of the security, hope and courage which unavoidably accompanies our faithful adherence to Judeo-Christian tradition, when we accept that men are their own gods, and then in 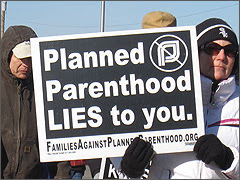 our hours of need realize we are not gods and confront our frailty, and require external support, where will we turn? Having banished any notion of divine providence from the public square we will then be certified, card carrying parishioners in the Church of Liberalism. Then, in our time of distress, we will offer sacrifice and penance at the altar of the state. We will pray to the only god we know. We will implore the state shepherds to see us as respectable sheep worthy of their beneficence and generosity.

The LA times and CDC are doing their part to make certain we are all properly conditioned for the state sheepfold. Newer Post Older Post Home
Subscribe to: Post Comments (Atom)
The purpose of this forum is to provoke discussion and solutions in order to redirect our country back to the core values our founding fathers began with, God, Family and Country.