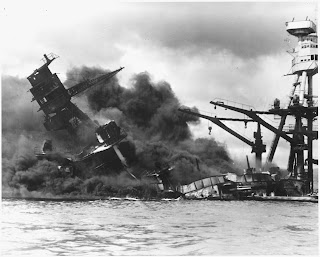 We remember the attack on Oahu that occurred this day 71 years ago. We as a family were fortunate enough to visit Hawaii this summer and pay our respects to the warriors who made the ultimate sacrifice for this nation at Pearl Harbor. I'll never forget standing on the Arizona watching the slow rising of fuel to the surface from a hull that is the final resting place for over 1000 sailors. The fuel continues to flow as the blood must have seemed to endlessly flow that day. 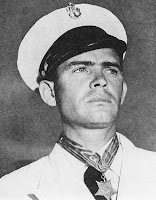 In 2004 while serving at the Naval Medical Center San Diego (NMCSD), I was asked by my good friend Gina Savini to check in on a veteran who had been admitted to my hospital. Gina had escorted LT John Finn the prior day at the dedication of the WWII Memorial in DC. Gina was a Navy LCDR and a White House Social Aide. Gina had the privilege of escorting the LT, who was 95 at the time, and had fallen the previous evening in his hotel room. The opinion of a hospital ER was that some muscles were strained and LT Finn was fitted with a wheelchair in order to attend the ceremony. Gina was concerned that there was more involved than a muscle strain. LT Finn needed to return home to San Diego but Gina arranged for his admission to NMCSD on arrival.

While Gina would have done this for anyone and certainly any veteran, LT Finn was no "regular" vet. LT Finn was the first man awarded the Medal of Honor in WWII. On Dec 7 1941, during the first attack by Japanese airplanes on the Naval Air Station, Kaneohe Bay, LT Finn "secured and manned a .50 caliber machine gun mounted on an instruction stand in a completely exposed section of the parking ramp, which was under heavy enemy machine gun strafing fire. Although painfully wounded many times, he continued to man this gun and to return the enemy's fire vigorously and with telling effect throughout the enemy strafing and bombing attacks and with complete disregard for his own personal safety. It was only by specific orders that he was persuaded to leave his post to seek medical attention. Following first-aid treatment, although obviously suffering much pain and moving with great difficulty, he returned to the squadron area and actively supervised the rearming of returning planes."

The LT was admitted to NMCSD. Turns out he had a hairline hip fracture. The day he arrived I met him in his room. I knocked, was given permission to enter and remember a sense of unworthiness in sharing space with this man who had been willing to sacrifice so much for his country. After introducing myself and informing the LT why I was there, LT Finn asked that I call him John. He introduced me to a friend of his in the room, another John, John Baca. John Baca was perhaps a 5-10 years older than I. John Finn went on to recount the events at the WWII Memorial dedication, how much it had meant to him to be there, and how important it was to remember fallen comrades. I asked about the events of Dec 7th in 1941 and he described them in vivid detail. He reported the anger he felt when he realized what was happening that morning. He saw good friends die, he saw pilots burned alive as they tried to get their planes off the ground. John said it wasn't bravery that day. He was just determined to protect the men he served with and those trying to launch their aircraft. He described relocating his trusty .50 caliber machine gun, firing, reloading, firing again. He described seeing the faces of Japanese pilots, several of whom he directly fired upon and hit. John was adamant. He did what anyone else in his position that day would have done.

Then John Finn looked at me, pointed at John Baca, and said, "Now this guy here, he is one of the crazy, 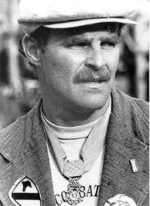 hero types. He's a hand grenade guy." I asked for clarification. "Hand grenade guy?" John Finn said, "Yes CAPT, John here was in Vietnam. Go ahead John, show him." John Baca smiled and lifted his shirt. His belly and chest were a mass of scar tissue. John Finn continued, "John here was out one night on a patrol. VC rolled a hand grenade into his position. He took his helemt off, covered it, and laid on the helmet. Saved 8 guys. Cost him two years of surgery here at Naval Hospital back in 1970. Amazing he lived. You guys did a good job. Go ahead John, tell him the story."

It was as John Finn had reported. John Baca recounted the events of that night in the Vietnam jungle back in 1970. Then Sp4c. Baca, of Company D, "was serving on a recoilless rifle team during a night ambush mission. A platoon from his company was sent to investigate the detonation of an automatic ambush device forward of his unit's main position and soon came under intense enemy fire from concealed positions along the trail. Hearing the heavy firing from the platoon position and realizing that his recoilless rifle team could assist the members of the besieged patrol, Sp4c. Baca led his team through the hail of enemy fire to a firing position within the patrol's defensive perimeter. As they prepared to engage the enemy, a fragmentation grenade was thrown into the midst of the patrol. Fully aware of the danger to his comrades, Sp4c. Baca unhesitatingly, and with complete disregard for his own safety, covered the grenade with his steel helmet and fell on it as the grenade exploded, thereby absorbing the lethal fragments and concussion with his body. His gallant action and total disregard for his personal well-being directly saved 8 men from certain serious injury or death."

I have never felt so insignificant and awestruck in my life. I was sitting in a Naval hospital room with two Medal of Honor winners. And never had I felt so proud in my life. The pride welled from the knowledge that I served in the uniform that these heroes had worn years ago. I instantly felt unworthy but also felt the unmistakeable, unspoken, well earned pride that comes from wearing the uniform of the United States military.

I thank God for the blessing of that day. I pray that on this day that should live in infamy, that none of us ever forgets that we live in one of the few nations on earth that can produce men and women like this. I further pray that none of us ever forgets the incredible sacrifice made every day by incredible men and women who volunteer to wear that uniform in order to provide the blanket of freedom which we sleep under every night. 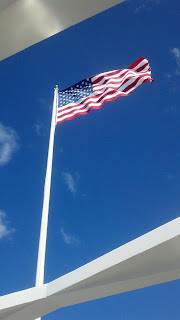 Add comment
Load more...
Older Post Home
Subscribe to: Post Comments (Atom)
The purpose of this forum is to provoke discussion and solutions in order to redirect our country back to the core values our founding fathers began with, God, Family and Country.